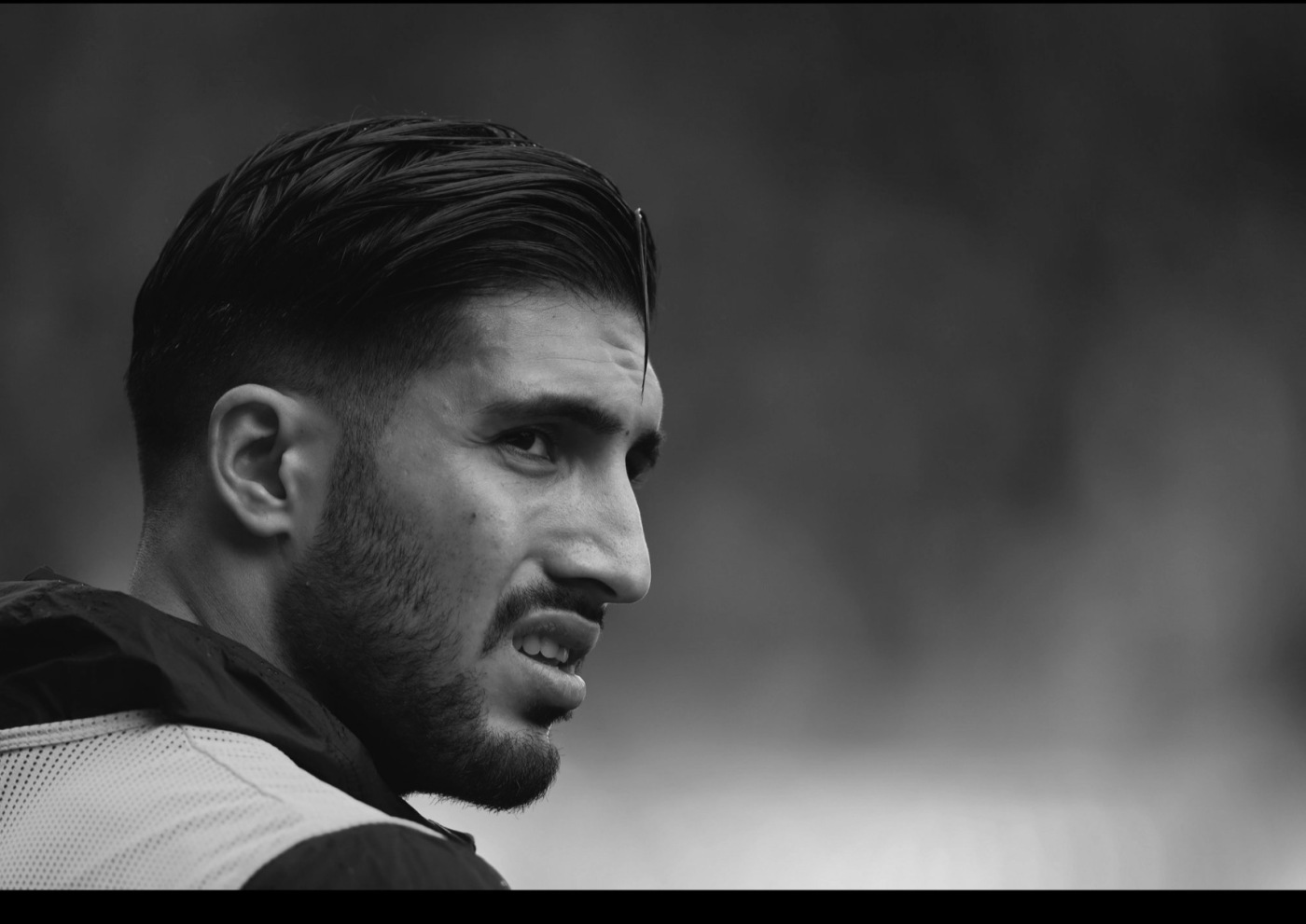 Many would’ve laughed at the idea that Emre Can wouldn’t be a starter this season but with the trio of Henderson, Wijnaldum and Lallana not putting a foot wrong, why change a winning formula. Well this time injury has forced the hand of Jürgen Klopp, with Lallana (groin) and Wijnaldum (hip) not ruled out but doubts for monday nights mammoth clash with Manchester United at Anfield, this is Emre’s big chance to stake a claim. You’d think that following his form last year (62 interceptions, 49 clearances) he’d be the perfect no.6 as defensive midfielder, that was until some exceptional performances from the often unfairly scrutinised captain Jordan Henderson in that role. Henderson’s got the most passes in the league (508 passes 90% accuracy) but more importantly 73% of which were forward passes, add the fact he’s got the most interceptions in the team (13). It shows how well he’s breaking up play and spreading the ball about. So what does this mean for young Emre, well i think he needs to slip into one of the 2 central midfield spots, still tackling and breaking down attacks as before but plenty of forward runs which Emre seems to enjoy doing. It’s a perfect dilemma to have really, a midfield full of competition not just Emre but Grujic, Lucas, Stewart all pushing for a start. As good as Henderson, Lallana and Wijnaldum have been, with a host of replacements trying to dislodge your place it will only benefit the team. I’m hoping for a commanding performance to match the occasion from Can, but at only 22 and just recovering from a ankle injury, let’s not be too critical.

Just a little reminder of what Emre Can is all about. Watch out for all the forward movements which would pivot perfect with Henderson staying back as no.6.

The Mignolet/Karius topic over this international break is a strange one in my eyes, i agree that unfortunately for Mignolet he is being dropped on the back of some good form. I just can’t see Klopp buying a new goalkeeper, convincing him not to go to the Olympic’s to start the season and then not starting him when fit. To be fair if it wasn’t for the unfortunate punch Karius landed on Lovren’s head in pre-season, i doubt Mignolet would have played a game in the League.

Loris Karius said soon after signing for Liverpool that he “wouldn’t come here just to sit on the bench.”

We have been patient with Mignolet and given him every chance to take command in goal but it’s not really come off, yet some aren’t willing to offer the same patience with Karius. Karius has had a few shaky moments so far but looking at the bigger picture, how many new signings have started off a bit nervous but developed into top players. The difference with Karius as a goalkeeper is one dodgy moment and your under the microscope with many doubting his qualities. Imagine Klopp does drop Karius for Mignolet, think what that would do to his confidence, it would put development miles back. I think his high starting line is perfect for our style of play and will help the whole team push up, pinning the opposition in their own half (perfect example the Hull game). Another complaint fans have mentioned is his lack of coming out to punch/catch the ball from Set pieces. Surely once our defence get used to his play they’ll know it’s their job to clear it because he’s not coming or maybe he’s a bit tentative because of his recent broken hand? In the Bundesliga Karius was brilliant at shot stopping and spotting danger flying off his line for one on ones, he’s young, fresh and confident so let’s give him the time to climatise. Most important of all is that we wanted Klopp to have who he wanted not a transfer committee but his own choice, Klopp obliviously believes in his judgement and can see Karius has the right pedigree for Liverpool. In the defence of Mignolet even when dropped hasn’t crumbled and is convinced he’ll reclaim his spot, true professionalism. Needless to say they need each other to pressurise them into a higher level of performance. On to my team prediction for Manchester United and i think it’s a blessing we’re playing Monday night as it’s gave some of our players that had hours of traveling like Coutinho, Firmino, Mané the time needed to fully recuperate and concentrate back on club football. As I’ve already spoke about i believe Karius will keep his spot because Klopp will show his faith in the young German. The back four the stay the same with Clyne, Matip, Lovren, Milner. On to Midfield and i don’t think Klopp will rush Lallana or Wijnaldum back, with fitness in mind. Henderson to keep his spot as defensive midfielder, Emre Can in right central midfield and Coutinho dropping in at left central midfield like he did against Swansea. Firmino has to start and i don’t doubt for a minute he will, but i think he’ll play off the left side of the attack, Sadio Mané off the right and either Sturridge or Origi in the middle. Though I could be wrong as he might play the trio of Coutinho, Firmino and Mané with Lucas or Grujic in midfield? Either way I trust the boss.

Going with a strong score prediction of 3-1 Liverpool, as long as we’re at the races right from the off.