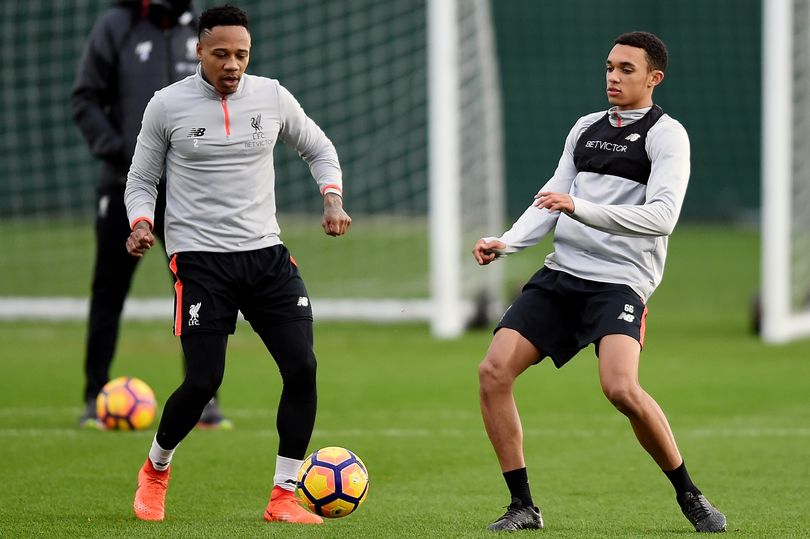 After an impressive breakthrough season, could Trent Alexander Arnold challenge Nathaniel Clyne for the right back position next campaign?

Trent, who has come through Liverpool’s academy and has been at the club since 2004, was born in West Derby, Liverpool, home of the Reds’ training ground, Melwood. He has impressed in the cameo appearances made this year.

At such a tender age of 18, he has excess potential. His age is somewhat surprising, given the maturity of his performances for the Reds.

His first team debut came in the EFL Cup fourth round clash against Spurs in October.

Following this, Trent played in the next EFL Cup match, which was a quarter final tie against Leeds.

The youngster grabbed his first assist for the club, setting up Divock Origi for the opening goal of the evening, as well as earning himself the man of the match award for a faultless game.

His Premier League debut shortly followed this, as things just kept progressing for the local lad. This came in a 3-0 over Middlesbrough in December, and saw Trent come on towards the latter stages of the game.

This wouldn’t compare to his first full league start though.

Up until this point, it had been fairly routine for the academy player, but this was monumentally transformed as he was presented a first full league start, away to bitter rivals, Manchester United.

With injuries eating away at his side, Klopp had to take a leap of faith and trust the 18 year old to deliver.

A 1-1 draw the end outcome did not reflect the true result. Liverpool were almightily unlucky not to come away with all three points. It ended honours even, with a sense of disappointment lingering. This feeling of ‘we maybe could have done more’ was not applicable to Trent, however.

He was thrown into the deep end, but he did not drown amidst the pressure, instead; rising to the challenge set upon him. He tamed the Manchester United attack for the most part of the game, only for the home side to score late on and put a damper on things. Nonetheless, it was still a terrific full debut.

Despite playing for the first team- making seven league appearances, Trent mainly featured for the Under 23’s side, where he played brilliantly.

In the final game of the season, he scored a splendid outside of the foot goal in what was a finish any striker would be proud of. This came against rivals, Everton, a team he also faced up against for the first team, he entered the fray late on in Liverpool’s  comfortable 3-1 win back in April.

Whenever he has played for the first team, whether it be starting or coming on from off the bench, he has shown how talented he is. His standard of crossing is impressive for such a youthful player. Any opportunity presented by Jürgen Klopp, he has grabbed with both hands.

It’s clear he also possesses hunger and desire. In a recent exclusive interview, Trent described how he wouldn’t be satisfied with himself until he captains the Reds. This is a real statement of intent,  bold and ambitious words for a player who looks destined for the big time.

But can he push Clyne out of the side?

Clyne himself, has even realised the talent of Trent and is evidently wary of his position. He said :

“He’s such a young lad and he’s full of confidence, you can see on the pitch that nothing fazes him. You can see he’s definitely talented and he’s got a real bright future ahead of him”

Clyne has been one of the Reds’ most consistent performers since his arrival at the start of the 2015/16 season.

His pace up and down the flanks, critical, and defensive duties; equally as imperative to the side.

The former Southampton man’s biggest danger for opposition teams is his ability to get forward and join the attack. His downfall however, can be his level of defending at times- finding himself astray from the blistering attacks of opponents due to his advanced positioning, which sees him surge forward habitually.

Although Clyne has more experience to go by,  Klopp may test out Trent on a more regular basis next season. This may just be what the former Southampton player needs; competition.

Having had no one to challenge him for the role, he may step up his game in order to secure his name in the staring eleven.

Trent has also shown that full back is not the only area he can occupy. He has played in the centre of midfield for the Under 23’s, on a number of occasions- could this be a potential avenue to explore?

The Reds look set for a prosperous future with the talent rising through the ranks, Trent is undoubtedly one of those who could go on to achieve great things at the club.

Only time will tell.