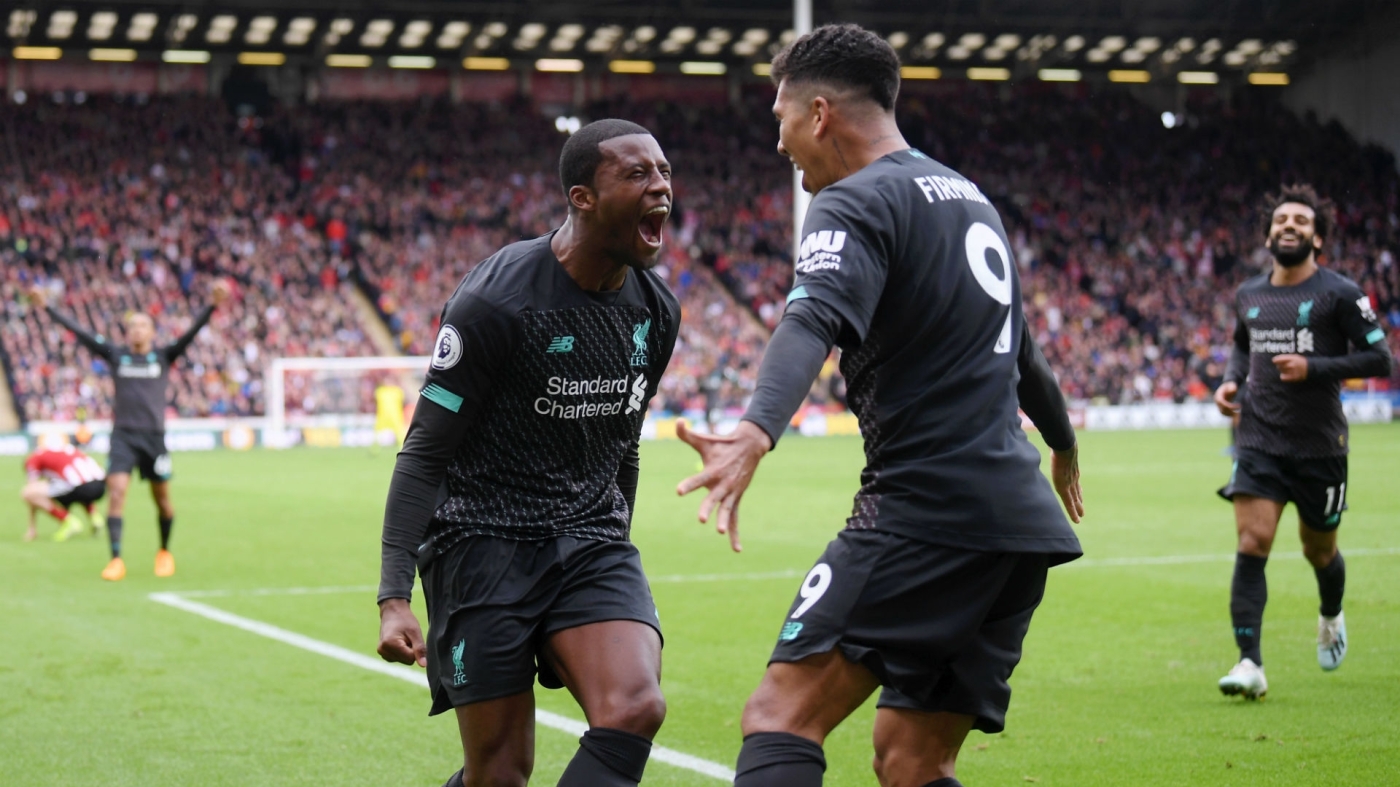 Liverpool continue their impressive start to the season by coming out victorious against a resolute Sheffield United side. Georginio Wijnaldum grabbing the only goal of the game in what some might say, lucky circumstances.

ADRIAN (6.5) – Adrian carries on his winning league start since joining the reds in the summer with a very decent performance. The Spaniard was called to action very early on with Oli McBurnie testing the catching practice of Adrian, a routine save. Adrian’s first real call to action was during the second half when Norwood struck from long distance, causing Adrian to get low to prevent the goal. Booked late on in the second half, Adrian continued his ability to run down the clock and help calm the team.

TRENT ALEXANDER-ARNOLD (5) – Of late, Trent has been one of the players that opposition teams have really attacked due to his defensive frailties and this was seen once more during the early stages of the match. Although it wasn’t a dreadful game for TAA by any means, some of his passing was particularly inaccurate as he passed straight to the feet of a Sheffield United attacker who, luckily, was unable to do much to hurt Liverpool.

JOEL MATIP (8) – Unlucky not to get man of the match once more, Joel Matip put in yet another colossus performance at the back, preventing many a Sheffield United attack. His giraffe legs were yet again his most useful feature as he kept a close eye on the, likewise, lanky Oli McBurnie. Yet again, Joel provided many a key block and showed us his Messi-styled dribbles out from the back once more. For someone who couldn’t possibly look more useless in attacking scenarios, Joel continues to show these added qualities that over the past few seasons, he has portrayed.

VIRGIL VAN DIJK (8.5, MOTM) – I actually don’t think Virgil has ever looked nervous or even felt nerves in his life. His house could be burgled and I don’t think he’d even flinch. Time and time again he rose highest to clear the ball, clearing many a Sheffield United cross into the box and averting much danger. One of his highlights in particular was when John Fleck delivered a low and hard cross into the box and with a classy ease, cleared the danger. £75 million. What a bargain.

ANDY ROBERTSON (6.5) – Starting slowly in the match, Andy Robertson grew in confidence as the fixture progressed. Robbo’s standout point was only minutes before Liverpool grabbed the winner, as the dangerous Fleck skipped past Joel Matip and travelled into an almost perfect position to score, only for Robbo to slide in, block the shot, and keep Liverpool in the game. Although performing fairly well, Andy Robertson still has much more to offer and as the season progresses, I’m sure he will.

FABINHO (7.5) – Fabinho is undoubtably one of Liverpool’s most important players and once again was a complete annoyance, tackling Sheffield United players like there’s no tomorrow. Even though he wasn’t given anywhere near as much space as during the game with Chelsea, Fabinho was once more, tidy on the ball whilst also being strong as strong as per.

JORDAN HENDERSON (5) – You’ve got to give it to Hendo. He always gives his absolute all during every game but he wasn’t particularly at his best today. His lack of creative play mixed with a perfectly set up Sheffield United team disabled him from doing much whatsoever. One highlight was a good long ball into the feet of Sadio Mane who couldn’t control. He was later substituted for the legend, Divock Origi.

GEORGINIO WIJNALDUM (6.5) – I could pretty much write exactly the same review for Wijnaldum as I did for Henderson. In all honesty, bar the goal, Gini didn’t really add much to the team. At times, his intricate passing enabled Liverpool to keep hold of possession but at the same time more creativity was needed. His goal came with a nicely struck volley into the path of Sheffield United goalkeeper, Dean Henderson, who was unable to grasp the ball, as it when through his legs and trickled into the goal to give Liverpool the lead. More needed from Gini. 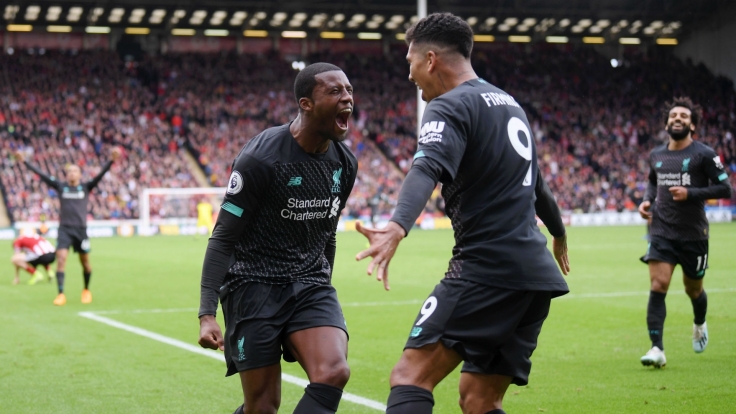 SADIO MANE (5.5) – In search of his 50th league goal for the reds, Sadio Mane was just having ‘one of those days’. Played clean through after a stunning ball from Virgil Van Dijk, Sadio tried a dink to lob Dean Henderson but ended up slicing the ball way over the bar. Another chance in which Mane really should have secured his half-century was after Roberto Firmino gifted a golden opportunity to the Senegalese international who only had to tap the ball past Henderson, but instead smacked the post. A frustrating afternoon for Sadio.

MOHAMED SALAH (4) – In complete truth, I don’t think I’ve seen Mo Salah have a worse game for the reds. Constantly losing the ball after being completely surrounded all game by Sheffield United players, Mo was simply unable to get a real grasp of the game. In fairness, Mo did find a few decent pockets of space, travelling into the box at points and getting a few weak shots on goal but overall, a shoddy performance. Salah’s best opportunity to score was when he won the ball from some weak Sheffield defending and finding himself clear through on goal, only to be denied down low from Dean Henderson.

ROBERTO FIRMINO (6) – Firmino has been getting plenty of recognition for some breath-taking performances this season, but today wasn’t quite his day either. Dropping deeper than usual to receive the ball, Firmino was less effective as usual with Sheffield United recognising his fantastic link up play and thus stopping him from expressing himself as much as he usually does. His most memorable moment of the game was when he created Sadio Mane’s second opportunity to score, even though he probably could have taken the shot off himself.

DIVOCK ORIGI (7) – Coming on for Jordan Henderson in the 63rd minute, Divock Origi looked to be one of Liverpool’s best players, which says a lot about the match in general. Cutting in from the left-hand side, Divock made an instant impact after skipping past the United defence and narrowly missing the target.

JAMES MILNER (6) – With only 6 minutes to make an impact defensively, I don’t think anyone was expecting a hattrick from the veteran midfielder. He used his experience to calm things down in what was a very nervous affair.

ALEX OXLADE-CHAMBERLAIN (N/A) – Not sure he even touched the ball.