Liverpool’s first away game to one of the top six takes place on Sunday when Chelsea welcome Jürgen Klopp’s team to Stamford Bridge.

Both teams have been in action on Tuesday in the Champions League with both teams suffering defect, both teams will be looking to bounce back to winning ways with Liverpool looking to make it six wins from six in the Premier League and Chelsea looking to continue their form from last weeks 5-2 win over Wolves.

It is the first time Liverpool will play at Stamford Bridge with Frank Lampard in charge, Lampard was part of the Chelsea team for many a memorable battle against Liverpool, although the balances of power have switched slightly since his playing days. 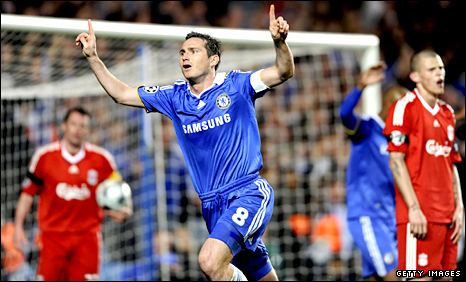 At the time Frank Lampard played against Liverpool they was a dominant force in the Premier League, while Liverpool was fighting for a finish in the top-four, the roles have now been reversed with Chelsea coming into this match already seven points adrift of their opponents.

So far, it seems to have been a blessing in disguise. All 11 of their Premier League goals this season have been scored by English players aged 21 or younger – the first time that has ever happened – while Fikayo Tomori, Mason Mount and Tammy Abraham were all on the scoresheet last time out in the league. Tomori may have produced the goal of that particular game, but Abraham was once again the star of the show as Chelsea made light work of a difficult-looking assignment by beating Wolverhampton Wanderers at Molineux.

It was a Liverpool legend who once said that “you can’t win anything with kids” and, while Alan Hansen may have been proved wrong on that occasion, the early signs certainly suggest that Chelsea are lacking the balance to truly trouble the main title contenders over the course of a 38-game season. Throwing away a two-goal lead against Sheffield United in their most recent home league game is perhaps the best example of that so far, and even their scoring touch deserted them at Stamford Bridge on Tuesday night.

Chelsea are winless at the Bridge under Frank Lampard but, remain unbeaten there in 2019.

There were concerns in the Liverpool camp that it may take a while for them to get going this season considering their disrupted pre-season and the likes of Mohamed Salah, Sadio Mane and Roberto Firmino all being involved in international tournaments during the summer.

The reality could not be further from the truth, though. Jurgen Klopp’s side have won five from five in the league so far this term, storming into a five-point lead and taking full advantage of Manchester City’s unexpected dropped points.

Such form has picked up exactly where it left off last season, and the Reds have now won a club-record 14 games in a row in the top flight. Indeed, they are the first team in English top-flight history to ever achieve that feat while scoring more than one goal in each of the victories.

The Reds held their own for long spells in the opening match of their Champions League title defence, but two late Napoli goals saw them fall to defeat at the Stadio San Paolo for the second successive season.

It did not hamper them too much last term as they went on to lift the trophy in Madrid, of course, but a hiccup in a winning habit is never a good thing and Klopp will be desperate to avoid any hangover on Sunday.

It was the first time Liverpool had failed to score in a match since the Champions League semi-final first leg against Barcelona at the start of May, and the attacking trident of Salah, Firmino and Mane will be keen to get back on the scoresheet too. 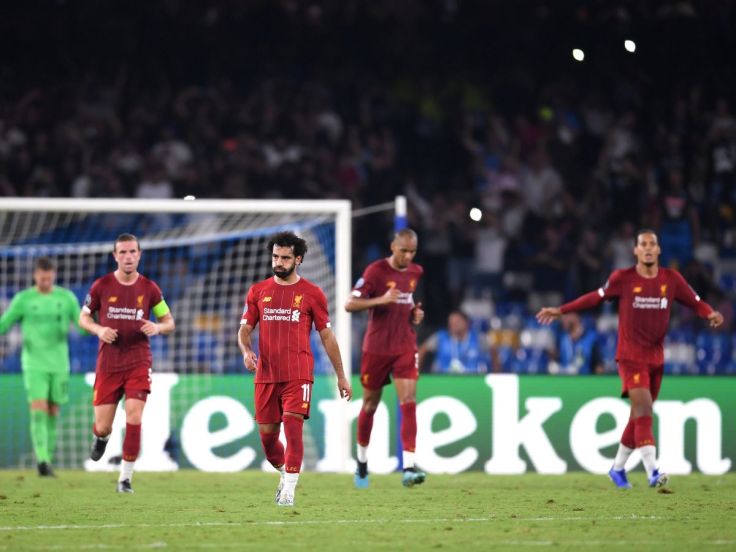 If there has been one notable concern in the early weeks of the campaign then it is that the Reds have still only kept one clean sheet – after seven games last season they had four – although they do still boast the joint-best defensive record in the Premier League.

Klopp will be the first to silence talk that his side are now clear favourites for the title, but a win at Stamford Bridge in a Champions League week would certainly send out a statement to the rest of the division.

Chelsea are sweating over the fitness of Mount, who was forced off during the Valencia game following a poor challenge from former Arsenal midfielder Francis Coquelin.

Lampard is confident that the injury is not as bad as first feared, although he must wait for further scans before deciding whether he will be available this weekend.

Mount is one of a number of injury concerns for the hosts; N’Golo Kante is still struggling with an ankle injury but did return to training this week and could therefore be involved in some capacity, although whether he plays from the start in what is likely to be an intense game remains to be seen.

Callum Hudson-Odoi and Reece James are also nearing a return and could be involved in the squad as they continue to work their way back up to match fitness, while Emerson Palmieri still has an outside chance of featuring too.

Antonio Rudiger is expected to be sidelined, though, while Ruben Loftus-Cheek is a longer-term absentee and is not expected back until November.

Lampard deployed a 3-4-3 formation for the second successive game in midweek, although he is expected to revert to a 4-3-3 in order to avoid being overrun by Liverpool’s midfield and attack.

Klopp has no new injury concerns, and could even welcome Divock Origi and Naby Keita back into the picture – although both only have slim chances of returning in time for Sunday.

Goalkeeper Alisson Becker still faces another month or so on the sidelines, while Nathaniel Clyne is not expected back until next year.

Georginio Wijnaldum should return to the side after being rested in midweek, while Klopp must also make a decision between Jordan Henderson and Alex Oxlade-Chamberlain.