The Reds have made a perfect start in the league after a long time and they are looking forward to three wins out of three games. After pulling off a difficult win at Selhurst Park against a formidable Crystal Palace Side, Klopp’s Men are keen to bag all 3 points against a brave Brighton side that shocked Man United in the last game week.

Liverpool are yet to concede at Anfield in the premier league since February. There were worrying signs for Liverpool when Dejan Lovren was diagnosed with an injury very late in the transfer window, however, Joe Gomez has definitely won the manager’s trust and he is likely to start ahead of Joel Matip who is back in training. With Ragnar Klavan’s transfer to Cagliari, Liverpool do not have too many options if either Van Dijk or Joe Gomez gets injured.

The Reds will be full of confidence after their victory in South London. Liverpool key men Sadio Mane and Mohamed Salah have already made their mark in this year’s premier league and it is just a matter of time for Roberto Firmino to replicate their contribution. The most notable injury includes that of Dejan Lovren who is out with a muscular injury and hasn’t trained with the side yet. Fabinho was rested for the first game against The Hammers and was not in the squad against Palace but he is expected to be on the bench against Brighton.

Klopp on Van Dijk: “Quality costs a specific price. Cars are like that. Lots of things are like that. Players too. Nobody thinks about that now, which is good. In this market at the moment, he’s at least worth it even if it’s not too cheap. He loves playing with these boys.”

Chris Hughton’s men must be brooding with confidence after their success against Jose Mourinho’s side, however, they must be equally intimidated by the fact that the match is at Anfield and he is well aware that “There is no noise like the Anfield Noise”. Brighton’s captain Lewis Dunk is out for a few weeks but they do have enough firepower in the form of Anthony Knockaert, Pascal Gross and Glenn Murray. Brighton goalkeeper Mathew Ryan had an impressive game as well against Man United.

Chris Hughton: “I’d like to think it allows the players to go into the (Liverpool) game with a bit more confidence. You can’t take away from the fact they don’t come any more difficult away at Liverpool, not only with the team they’ve got but the recruitment in the summer.” 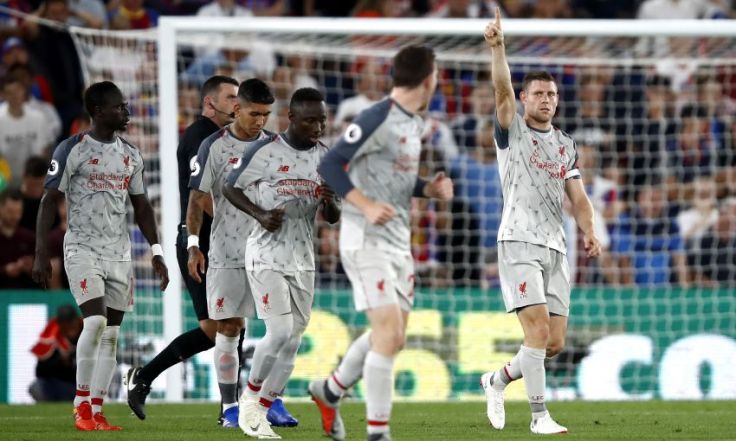 Overall, Klopp is expected to field the same squad that played at Selhurst Park. A more tightly knitted contribution from young Alexander Arnold can stave quite a bit of pressure off Joe Gomez and Virgil Van Dijk. James Milner and Virgil Van Dijk have been absolutely clinical for Liverpool’s hard fought 0-2 victory against Crystal Palace. Alisson’s distribution has mesmerized the fans and they are already looking forward to another clean sheet this weekend. Liverpool fans can also expect few glimpses of Xherdan Shaqiri. If Liverpool do not get complacent against Hughton’s men this saturday then it should be a stroll in the park for the men in red. Looking forward to yet another memorable game at Anfield.

“Liverpool have won six of their last seven meetings with Brighton in all competitions, netting 26 goals across these seven games (3.7 per game).”