Finally, the Premier League is BACK! After a summer filled with a thrilling World Cup in Russia it’s time to get back to business for the reds as they take on West Ham in their first game of the season at Anfield. The game should be an absolute cracker as both teams have massively strengthened in the window with West Ham brining in the likes of Felipe Anderson and Lukasz Fabianski from relegated Swansea to name a few. West Ham have also brought in Manuel Pellegrini to help guide them up the table and given he’s a ex premier league winner with Manchester City I personally see this as a great appointment for the irons. Obviously Liverpool’s business needs no introduction, it’s been fantastic! With the likes of Alisson, Fabinho and Keita all bolstering the side for what should be an exciting season for the reds under Jurgen Klopp. Both teams have enjoyed lengthy but brilliant pre seasons with Liverpool only losing one game to Borussia Dortmund out of nine, during these games Liverpool have looked brilliant and have produced some scintillating football especially against the likes of Napoli and Manchester United where they scored a combine 9 goals over both games. What’s also good to see is the likes of Daniel Sturridge looking sharp as ever and other amazing surprise performances from Curtis Jones and Nathaniel Phillips, it turned out to be a great pre season for Klopp and Liverpool meaning they will hopefully be able to start the season strong against West Ham on Sunday. 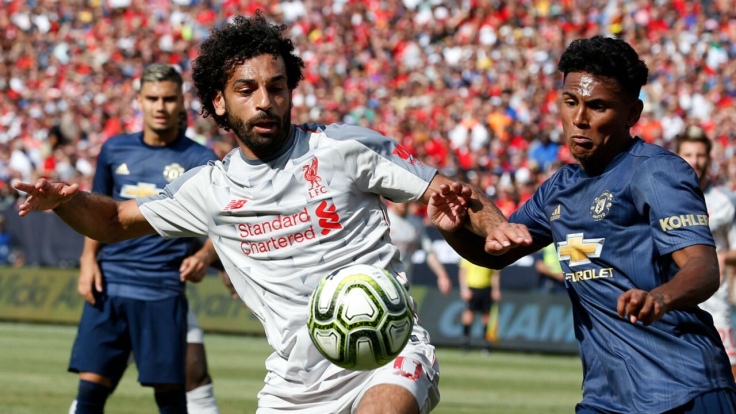 A question being asked ahead of the game at the weekend is who will Liverpool play at CB for this game? However given the injury’s to Matip and Klavan and World Cup finalist Dejan Lovren only just returning back from his holiday I feel that it will be Joe Gomez who plays along side Virgil Van Dijk on Sunday even though he missed Tuesday’s game against Torino due to tightness in his muscle. Another shout for the game at the weekend is Nathaniel Phillips the young centre half who’s really come into his own in pre season however due to his inexperience I can’t see Klopp looking past Gomez if he’s fit. Let’s talk about Marco Arnautovic he is the real danger man for the irons, he enjoyed a fantastic pre season with West Ham scoring 4 goals, he will be a real threat to Liverpool at The Weekend and with the likes of Felipe Anderson and Antonio running of him it’s something for the reds to think about.

Liverpool unfortunately have a few injuries or the first game of the season including injuries to Joel Matip (thigh) and James Milner having to be stitched up after a knock to head against Napoli, it would also seem that Ragnar Klavan is a doubt for the game against West Ham leaving Liverpool short of options at the back for this game. In terms of injuries for West Ham they will be missing new signing Andriy Yarmolenko due to a hip and thigh issue that he is carrying and Aaron Cresswell is also a doubt for the trip to Anfield but could see some game time if he is fit.

My predictions for the game is that Liverpool will be able to win this game quit comfortably and kick the season off with a bang! This is due down to how sharp and quick they have looked in pre season and the fact that the likes of Salah, Mane and Firmino are all almost certain to play I can’t see anything but a Liverpool win. Let’s kick of the season with 3 points and a clean sheet. COME ON YOU REDS!