Why Liverpool Should Not Fear The 12 Time European Champions.

Liverpool will face Real Madrid in the final of the Champions League in Kiev on May 26, with the Spanish giants eyeing their third consecutive title.

Jurgen Klopp’s attacking side stand between them and a 13th European Cup. Liverpool, whilst being somewhat of a surprise package in the final, cannot be underestimated. The Reds have beaten Porto, Manchester City and Roma on their route to Ukraine, with an aggregate score of 17-7 over the 6 legs. When put in that perspective, calls that Liverpool have been ‘lucky’ to reach the final are misguided. 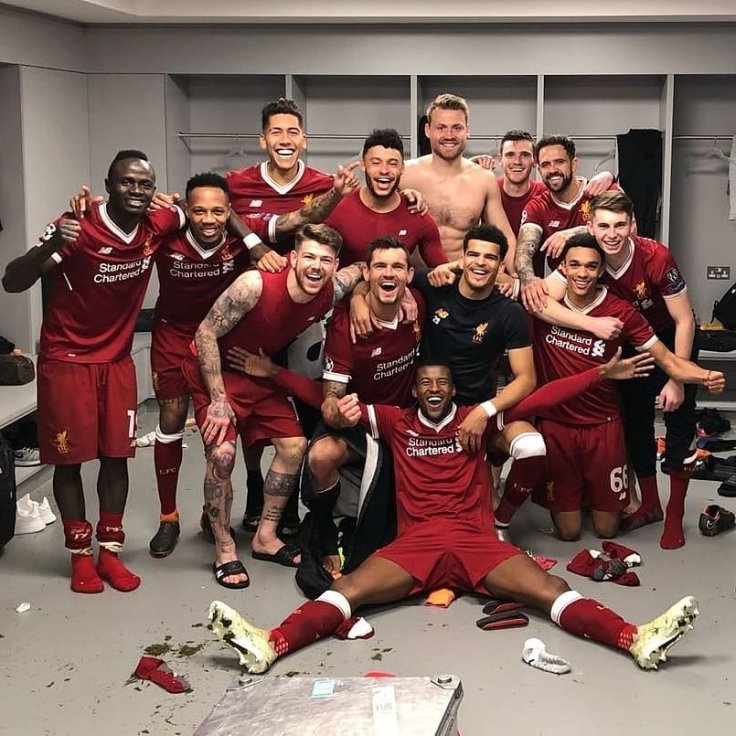 Whilst Liverpool have impressed all watching in Europe this season, Real Madrid ambassador Francisco Gento says he is confident Real Madrid will enjoy their experience in Kiev.

The Spanish legend does not expect Liverpool to pose much of a threat, saying the result will be “a peice of cake”. Well, the evidence so far this campaign shows how Liverpool will be Real Madrid’s biggest challenge in years

The Reds have been quietly improving in defence, with Virgil Van Dijk’s January acquisition proving to be a great move. The Dutch international’s calming – and huge – presence at the back has given Liverpool a new dimension. https://twitter.com/AnythingLFC_/status/995995376548302849?s=19

Whilst the defence has been quietly improving, their attacking power has remained unquestioned for the most part. Liverpool are the top scorers in the Champions League this season, scoring a whopping 40 goals – averaging 3.33 a game.

Mohamed Salah has received all the plaudits during his fantastic debut season, winning most of the top awards on offer, and rightly so. His 10 goals in 12 European games have been of exceptional importance to this Reds side.

However, the fact there is still an argument to be made as to who is the most influential player in Klopp’s current system, is a testament to how good the Reds have been this season. Many called for Klopp to sign an all-out striker ahead of the campaign, however Brazilian forward Roberto Firmino has redefined the position, whilst being at his clinical best. https://twitter.com/AnythingLFC_/status/995759771105013760?s=19

Liverpool’s front three of Salah, Firmino and Sadio Mane are all in the top 4 scorers in Europe this season – also making them the highest scoring trio in Champions League history in the process. Only one man has scored more goals than the Reds’ much-lauded three – and somewhat ominously, that’s Cristiano Ronaldo.

Klopp’s side can cause Real huge problems going forward. As we have seen in the La Liga this season, the Real defence is not what it once used to be. Zinedine Zidane’s side have conceded 42 league goals, almost twice the amount of table-topping Barcelona.

Things haven’t been straight-forward for them in Europe this season, either. They conceded three at home to Juventus, and another two at home to Bayern Munich.

Whilst misfiring attacking sides have been unable to punish the current holders’ defence in Europe so far, the front three of Liverpool is most definitely capable to do so. The Reds trio have been the best counter-attacking unit in Europe this season, a thought most recently echoed by the likes John Barnes and Dennis Wise.

All three of Liverpool’s forwards are quick of the ball, and appear to have an almost telepathic connection as they create space for each other endlessly, running in behind and pressing opposition defences in to mistakes. 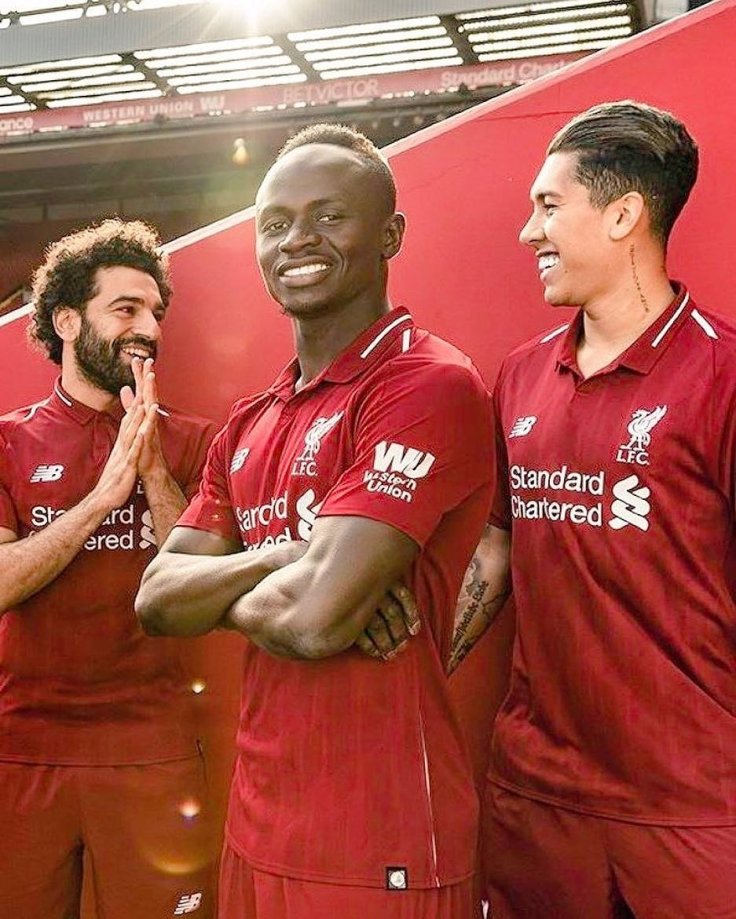 Klopp’s system of chaos is the perfect complement to the trio, their high pressing causes the opposition to panic and rush their clearances – usually to the wrong player, as have seen previously against Man City. This belief has been echoed by much of the side, one of them being Senegalese winger Mane, who says the Reds have nothing to fear and are more than capable of causing Real problems.

“We are strong, we can beat any team in the world. We believe that. So we believe we can go there and beat them,” Mane said.

“We are going to go there and fight for the fans, for the club, and play without fear to try to win the final.“We have the players, we know we can score goals, we have shown that and there is nothing to be afraid of for us.” 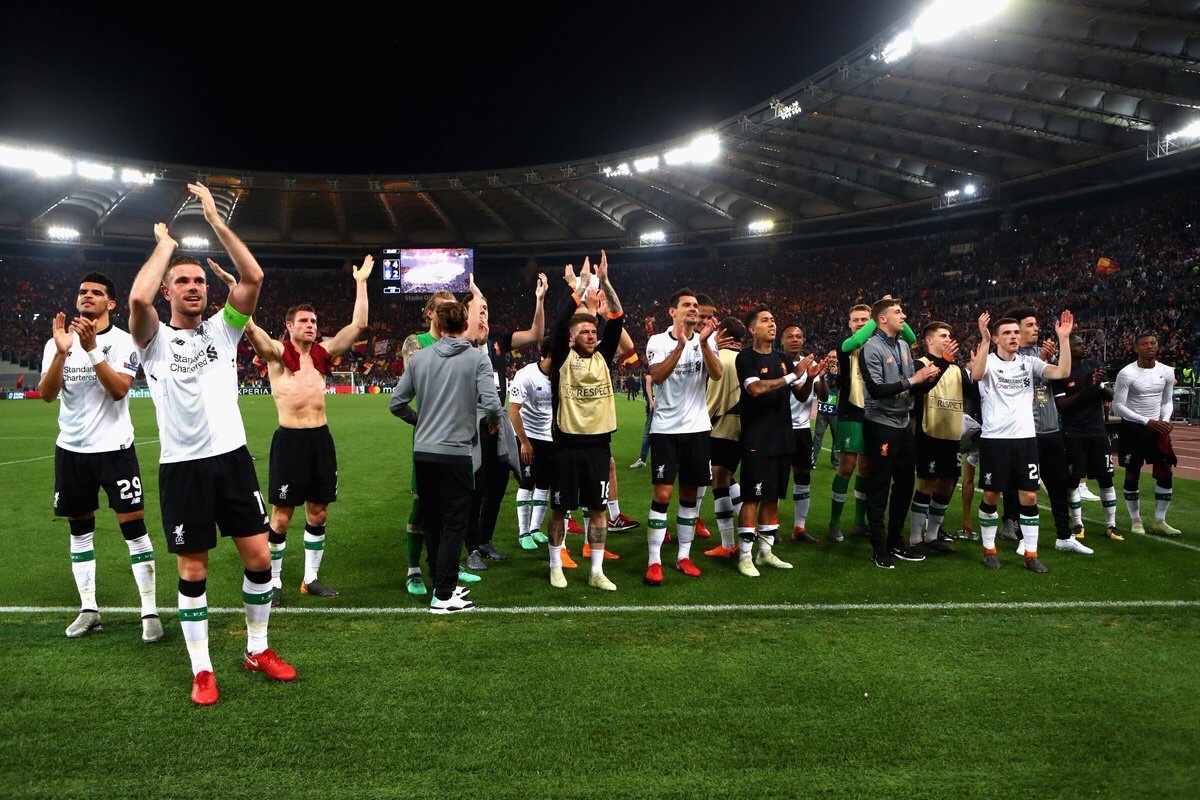 This side will know they will forever be talked about around Anfield as legends, if they were to bring European glory back to the club, like the 2005 side.

However whilst Klopp’s men face all the pressure and have the weight of supporters’ expectations on their shoulders, we the fans should soak in every moment. European success is what this club has been long built on, and a decade of fans have failed to see their side at this stage in Europe.

Whatever the result in Kiev, what Klopp is in the process of building at this club is something special, and we should cherish every minute of it.