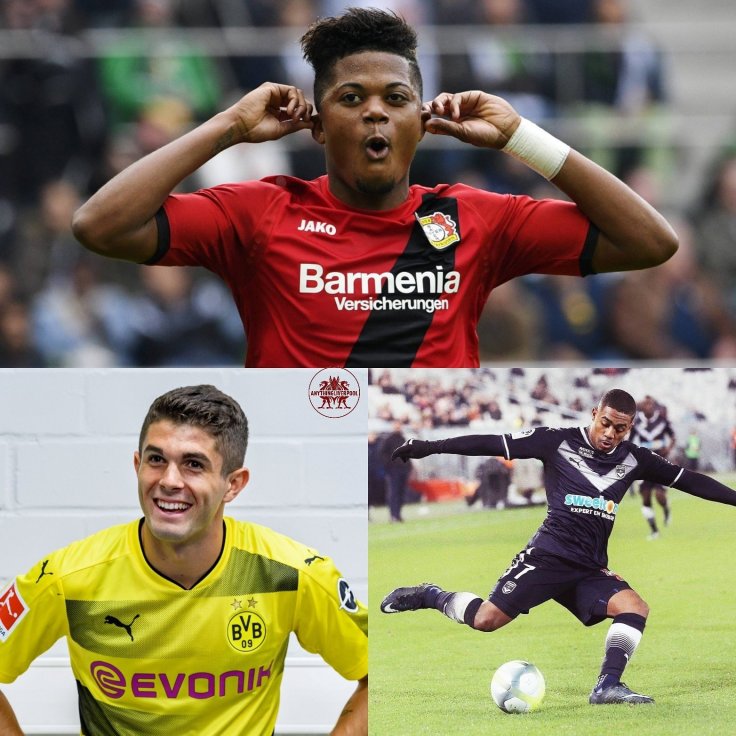 The summer transfer window is fast approaching and the potential players Liverpool want to sign have been coming in thick and fast. According to the Daily mail Liverpool have drawn up a shortlist of 3 potential wingers as back up to Mohammed Salah and Sadio Mane. I took a look at the 3 players and analysed their capabilities.

The first name to be mentioned was Christian Pulisic, who is 19 years of age and plays for German club side Borussia Dortmund and the United States National Team. Jurgen Klopp, who previously managed Dortmund for 7 years used to work with Pulisic and has a good relationship with him, Klopp has already attempted to bring him to Anfield twice before. Christian Pulisic has made 26 appearances in the Bundesliga this season scoring 4 goals and assisting 5 with an average rating of 7.03, he likes to dribble at players at high speed, is very versatile and also likes the ball at his feet. However, he has struggled to show his real potential this season and Dortmund do value him at a hefty price in the region of £70-80m due to his age and potential.

The second player that has caught Jurgen Klopp’s eye is 20 year old Leon Bailey, who also plays for a German Club side Bayer Leverkusen and the Jamaican National Team. Bailey has made 24 appearances this season scoring 9 goals and getting 6 assists with an average rating of 7.8, the strong parts to his game is his crossing, key passes, dribbling, long shots and taking set-pieces [which Liverpool lack on quality]. He has really showed his quality this season who is still under contract at his club until 2022 and is valued at around €45m by his club.

The last player who has recently came into speculation upon his future move is 21 year old Malcom de Oliveira who plays for French League 1 side Bordeaux and national team Brazil. Malcom has made the most appearances out of the 3 targets this season with 30, scoring 10 goals and claiming 6 assists with an average rating of 7.38. Malcom’s best parts of his game is his ability of long shots, Taking set-pieces, crossing, holding onto the ball, passing and dribbling. His contract at his current club is under in the summer of 2021 and is valued at £45m.

Who do you think is the best option, comment down below. #LFC