Two of the Premier League’s giants lock horns at Anfield on Sunday afternoon, as Liverpool take on Arsenal in a game that has provide plenty of goals over the years.

After having impressive three-successive wins on the bounce in all competitions, the reds will hope to keep the momentum going into the international break with three more points against the gunners.

Jurgen Klopp will be hoping for a similar performance by his team on Sunday from their Champions League qualifier at Anfield on Wednesday night. Having ticked off one of his biggest targets of the season securing Liverpool a Champions League spot, a thophy will be next on Klopp’s agenda, whether in one of the domestic cup competitions or the most wanted Premier League and Champions League, which appear to be slightly out of Liverpool’s reach at this point after a disappointing transfer market. 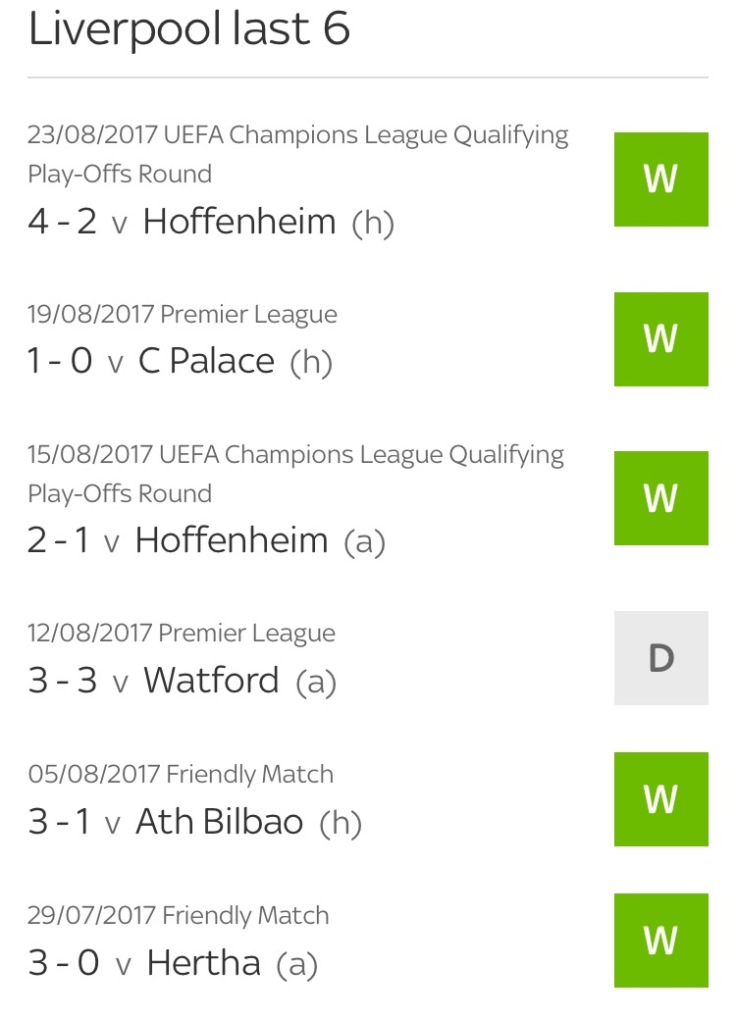 The 1-0 win last weekend against Crystal Palace was a massive boost for Liverpool and looked defensively well, which Klopp describing their performance as “outstandingly good” following another clean sheet – their sixth in eight league matches.

Liverpool heavily rotated for the visit of Crystal Palace, despite former Liverpool forward Christian Benteke missing a sitter, the red men managed to get themselves over the line once Mohamed Salah and Dominic Solanke added some fresh legs in attack.

Sadio Mane proved to be the match-winning hero (not for the first time) thanks to his well-taken finish, and the Senegalese – with five goals in fiver league starts against Arsenal – could now become the third Liverpool player to score in three-successive matches.

Arsenal are never too far away from a disaster and a bad run of results. Two games into the new season and already some fans are calling for Wenger’s head again, with having conceding 3 goals at home to Leicester and getting beat last weekend away to Stoke City. 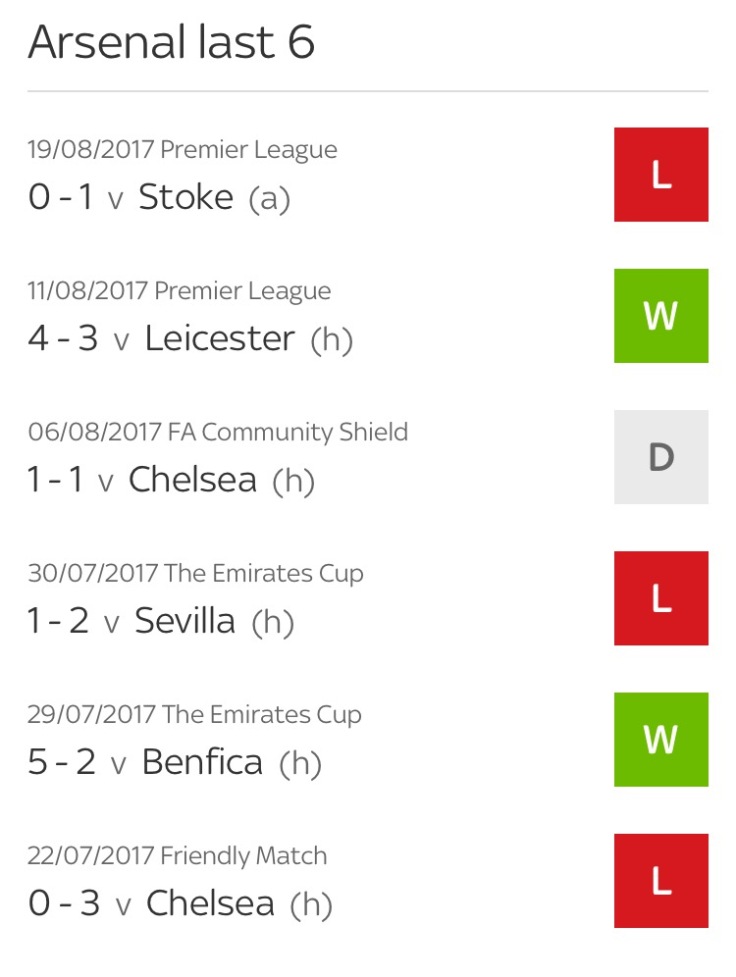 For all the Frenchman’s claims when penning a new contract in May that he was prepared to change approach, some things quite simply never change as his men went down to a Jese Rodriguez stroke to make it one league win in eight visits to the Potteries.

That is in complete to contrast to Sunday opponents Liverpool, who are unbeaten against the Premier League top six last season racking up 20 points, winning 5 and drawing 5 in those fixtures. 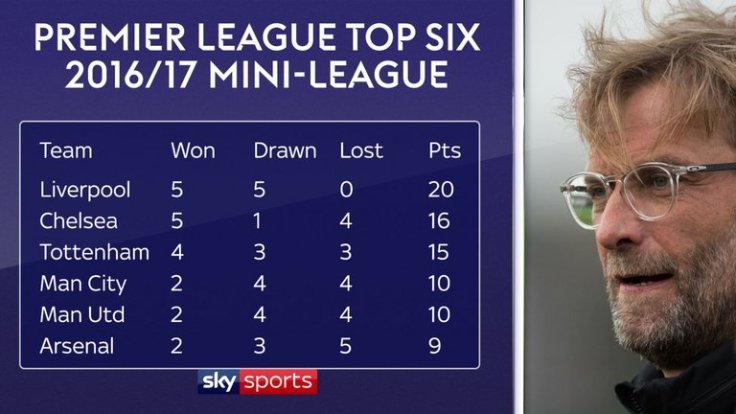 To make matters worse for the Gunners, they are winless in 12 away matches against teams from last season’s top six, while also losing eight of their last 13 games on their travels overall stretching back to last season. Unless that record drastically improves, starting with a hard trip to Anfield on Sunday, it is likely to be another nine months of unrest at Arsenal. 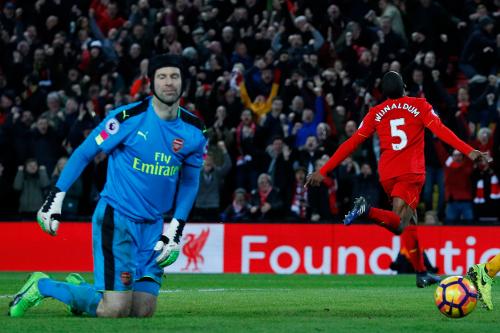 The big news of Arsenal is the return of Alexis Sanchez who, nearly two months on from his most recent run-out, is finally set to make his comeback from a minor problem. Laurent Koscielny is also in contention to come straight back into the starting lineup after serving a three-match ban, adding some much needed defensive steel for a Arsenal side that has conceded 4 goals in the last two league games.

A number of fringe players remain absent for the trip to Anfield, meanwhile, with Joel Campbell and Calum Chambers joining Santi Cazorla on the injury list.

While Arsenal can welcome back Sanchez, Liverpool are set to continue to be without Philippe Coutinho has he covers from a back problem and a virus. Full-back Trent Alexander-Arnold come off against Hoffenheim with a dead leg and will be assessed right up to Sunday morning, with Nathaniel Clyne still out injured, Joe Gomez and James Milner could battle it out for a start in the right back position. 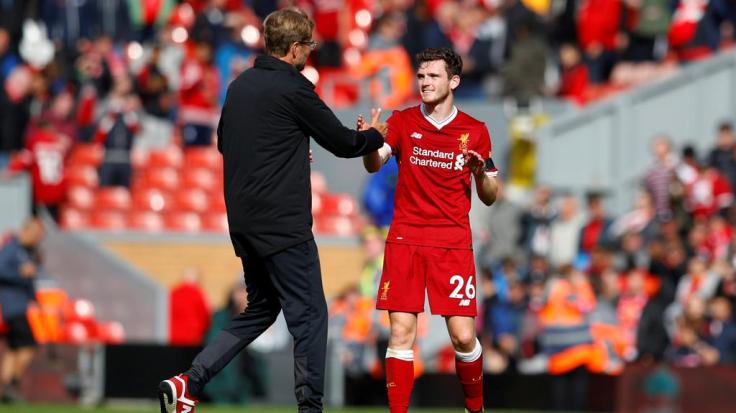 Liverpool came out on top in both top-flight meetings between these sides last season, but they have not won three in a row against Arsenal since 1998.

Eleven goals were netted in those two games in 2016-17, while seventeen goals have been scored in the 90th minute or later in this fixture since the Premier League was born in 1992, so don’t leave the ground early!

The net has been found 35 times in the last eight encounters, meaning goals can be expected this weekend, and the last 1- meetings at Anfield have witnessed 44 strikes.

The match will be televised live on Sky Sports Premier League and Sky Sports Main Event, with coverage starting from 15:30.

Let’s get the 3 points on the board on Sunday and show Arsenal why we kept them out of the top 4 last season, hopefully the same again this season!