Why Leipzig and Southampton should play ball with Liverpool 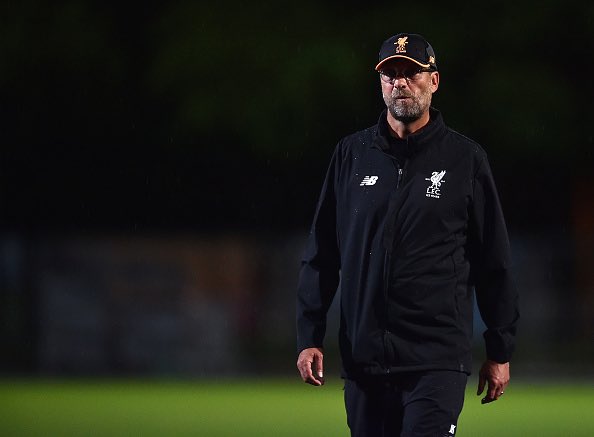 For many months now two transfers have dominated the news feeds of Liverpool fans across the globe. From the ups and downs associated with Naby Keita’s transfer to the highs and lows of Virgil Van Dijks rollercoaster ride to Merseyside (or Blackpool for that matter) it has not been plain sailing for anybody involved.

Keita’s move is on and off more times per day than most small children can count to, Van Dijk’s move is constantly clouded with if’s and but’s and nobody really knows what’s going on (not even the player himself, apparently) as he wants the switch and the clubs try to thrash out a deal that won’t make Southampton look weak in the market – the player is faced with carrying the weight of uncertainty as he trains alone whilst all his teammates are in France at their pre-season camp.

A cluster fuck of a transfer, but one that pales in comparison with that of Naby Keita’s potential move to the Red half of Merseyside.

RB Leipzig came second in the Bundesliga this year – which is an amazing achievement for an eight-year-old club – not mainly because of Naby Keita, Timo Werner or Emil Fosberg, but because Dortmund decided not to show up for half the season. Had Leverkusen and Monchengladbach been on form who knows where Leipzig would have ended up!

My point is simple. Yes, they are in the Champions league and Yes, they have some great players and the might of Red Bull’s financial power behind them but NO they are not a big club. Nor are Southampton.

If they don’t allow players to move on to huge European club’s like Liverpool then they will soon see talent like Naby Keita go elsewhere to the promise of a stepping stone on to bigger and better things… because like it or not – that’s what clubs like RB Leipzig and Southampton are until they go and win 18 league titles or 5 European cups. RasenBallsport Leipzig have never won ONE trophy. I have t-shirts at home that are older than the football club. Literally.

Southampton last got their hands on silverware in 1976. Players don’t see them as a huge draw where they can go and catapult themselves on to the world stage. They see the mclubs as the leg-up into the catapult.

No matter what happens now there is two huge positives you can take from this Transfer window.

The first one being FSG have proved they will back Jurgen Klopp to put Liverpool back on (as Sir Alex Ferguson once so eloquently put it) “their fucking perch“.

The second is that two world class players have gone all out to join Liverpool. Van Dijk has put the brakes on his career at Southampton with 5 years to run on his contract. Naby Keita has lost his mind in training and injured his captain and has reportedly been moping around the training campus like a teenager who has just been dumped by the girl of his dreams : all because they want to join Klopp’s revolution in Liverpool.

The days of being excited about the free transfer of Joe Cole or the shrewd signing or Oussama Assaidi are long gone now for Liverpool fans. Big things lie ahead, hopefully with a new dynamic number 8 and (arguably) the best centre back in the Premier League at the heart of their defence.  That, itself is a victory to start with.