If like me, when gaming conventions like E3 come around, the excitement to see a new video or graphic for the new FIFA gets me more than excited and restless in anticipation for the new game. Every annual edition of FIFA I take over the reigns of LFC and I become their next budding manager, so as I prepare for another season as manager I got thinking: What should LFC’s FIFA Ratings look like? Lets take a look.

Starting off in goal we have Simon Mignolet who in FIFA 17 was rated an average 80 overall rating, where Mignolet turned his performances around after Karius arrived last season, I still believe an 80 rating is fair again this year.

On the right side of the back four we have Nathaniel Clyne who was rated 82 overall last year. With Kyle Walker looking to sign for Manchester City for around 50m at the time of writing, it seems fair to assume that Clyne could rise from a 82 overall to an 83 being one of the strongest Right Backs in the league.

At the centre of defense we have Dejan Lovern and Joel Matip with 81 overall and 83 overall respectfully. With Lovern becoming increasingly under pressure with talk of the signing of Virgil Van Dijk lingering over his shoulder, this season could be a major make or break for Lovern so he could rise to the challenge and put in solid performances and raise his overall rating, or he could crumble leading to his rating to fall. I feel this isnt the case with Matip, I feel he is a safe bet when coming to performances and an 83 overall suits him well.

Then we have James Milner as our loved make-shift Left Back. Where James was very solid last season with 8 goals and 3 assists in all competitions, I believe his rating of 80 overall could rise to 81 but it wouldn’t be a shock if it didn’t.

Leading the line in midfield we have Jordan Henderson with a overall rating of 82. Jordan has floated around the 82 mark for a number of seasons and I feel his injuries have hurt his chances of rising. However this year, if he remains fit, I think he has more than enough potential to rise.

Filling in the two other midfield spots we have Phillipe Coutinho and Adam Lallana. With another spellbinding season from Coutinho I believe its fair to think that his rating of 86 will be the same this year. Adam Lallana fills the final midfield spot for LFC with a rating of 83, Lallana was voted England’s Player of the Year so with that reasoning surely he should rise to at least 84? He is one of the most dynamic players in the England squad and would fully deserve an upgrade. 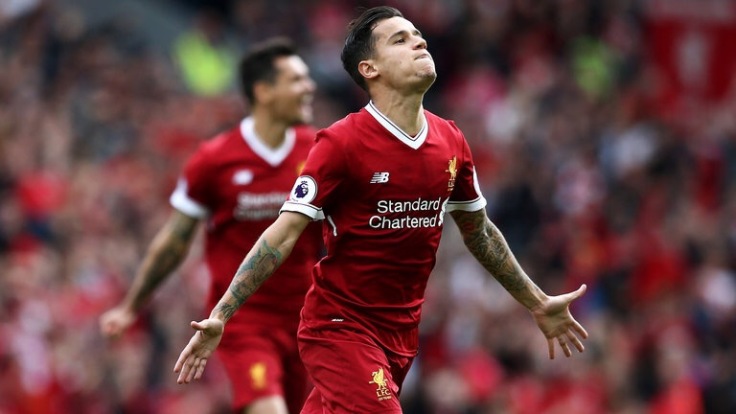 With Liverpool’s strike force looking more and more dangerous and Firmino leading the line from the Centre Forward position and a rating of 83. Where Firmino has certainly improved since his signing I think Roberto remaining an 83 rating Striker is fair but this season he could really push on into his potential. Starting on the right side of the front 3 is 82 rated Sadio Mane, who was instumental in Liverpool’ previous campaign and all LFC fans would be shocked not to see Mane rise to at least an 83 rated winger.

Leaving the best for last, its Liverpool’s new record signing Mohammed Salah. With Salah having a fantastic season in 2016/17 finishing with 19 goals and 12 assists last season. Surely if anyone from the LFC squad deserves an upgrade it has to be Salah who was rated only 81 overall last season, he will most likely rise to at least an 83 overall and LFC fans would be shocked not to see his rating rise.

One of the most interesting player ratings and their potential is German stopper Loris Karius. After only making 16 appearances for the Reds and not putting in the best performances it is to be said Karius certainly rise but he could remain 81 rated overall which would place him higher than Simon Mignolet.

But what do you think? Do you think Karius should be rated higher the Mignolet? Should Lallana get an upgrade? Leave a comment below and tweet me your thoughts @jackanythinglfc ! YNWA