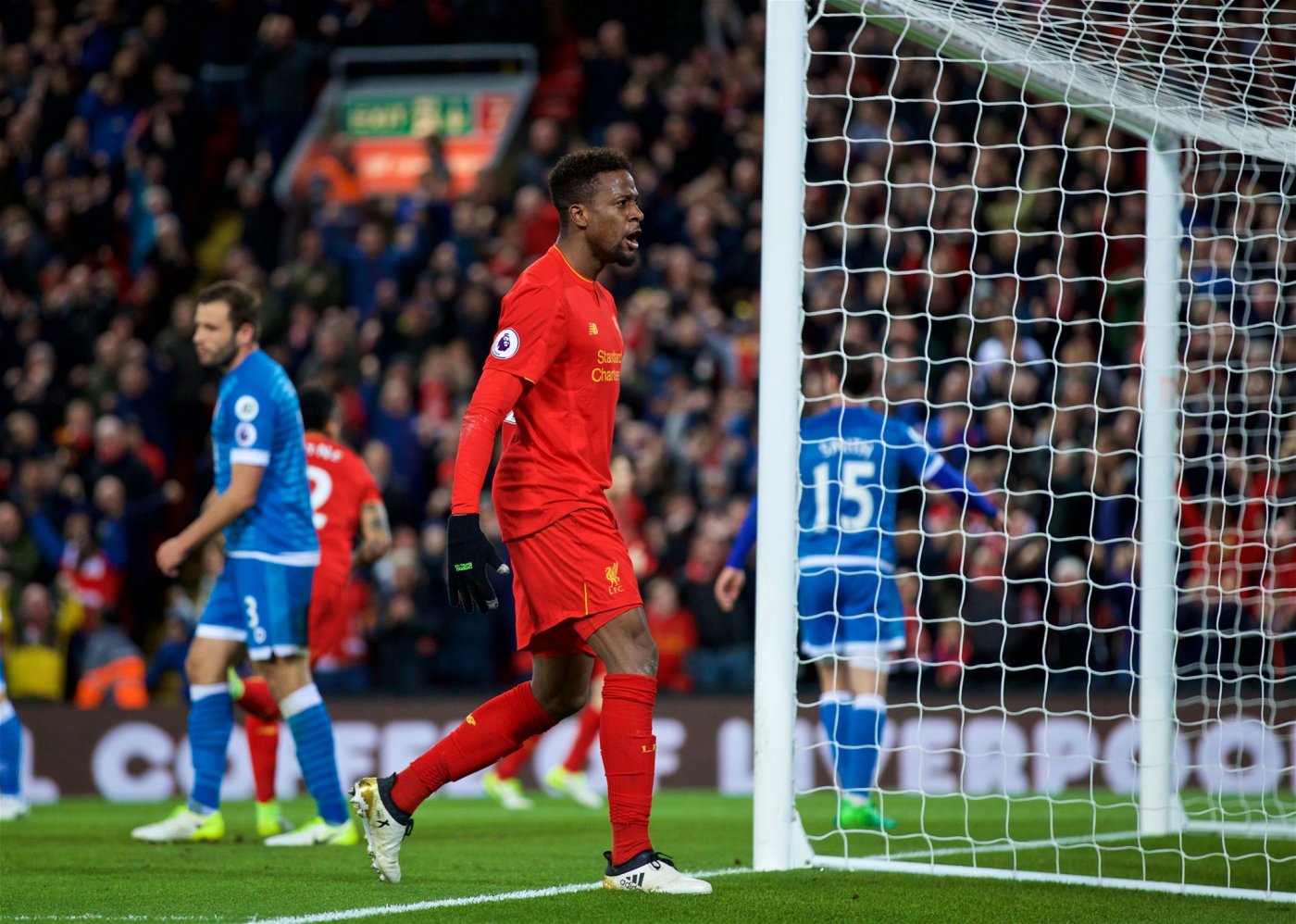 A dark night at Anfield, and a frustrating night for Liverpool. After being behind 1-0, Phillipe Coutinho scored, and is now on par with Juninho both have scored 29 goals. After the break, Georginio Wijnaldum squared a cross on to Divock Origi, who blasted the ball into the back of the net. Even though Klopp changed the formation, with 5 at the back… Liverpool still conceded with King equalising. Bournemouth were great defensively, but they just don’t have the attacking strength. Liverpool are just too sloppy going forward they: get pressured to easily at times, the defense at times is just appauling. Liverpool nonetheless have a great team, but have to be solid at the back. European nights are coming soon and we cannot afford to get knocked out in the group stages. Phillipe Coutinho has just been brilliant after the international break, he’s assisted 1 and has scored 2. But why would Jürgen Klopp send him off? But Coutinho did leave the pitch and entered the tunnel, suggesting he has a sort of knock. Liverpool still haven’t still received news on Sadio Mané. But it looks as though he has played his last match this season. Liverpool cannot rely on 1 or 3 players, Liverpool are just too sloppy when Sadio Mané isn’t here, something which we have seen when he went and played for Senegal in the AFCONS. All Liverpool take was a point… and the race for the Top 4 still continues…

To sum it up, Mignolet rarely did anything in the match. Conceded 2, and he’s back to his old self.
Nathaniel Clyne 8

What a GAME! Clyne was everywhere, and what a chance he had. Scoring his first goal this season on his birthday… something pretty rare for Clyney. Had loads of energy, and sent in some brilliant crosses.

What can I say. Was at fault for the 2nd goal for not using his strength and for not blocking the shot, and could also get blamed for the 1st goal for just staying there. What on earth was Klavan doing today?

Decent game, did his role, and couldn’t do much. Let’s not forget that great bicycle kick…

Just loved the way he played today, he was good in his role and did really well. Nevertheless, a solid game for Milly.

2 solid games at Anfield. Is he better then Emre Can in that position? Probably, he’s not the quickest of players, but did his job superbly. He’s great, but soon he will be dropped…

Decent game, used his strength whenever needed. Not much to say, but let’s give him a contract soon.

It was clearly his fault for the cherries’ 2nd goal. Was too sloppy and just got pressured to easily. He had many options but decided to pass it to Mignolet…

Moved position, but still the same Bobby. Like Klopp said he doesn’t have to score, he does a lot of stuff for the team. Also the pass to Coutinho was good too.

Great to see the Belgian lad back on the pitch, and great to see him putting his name on the score sheet. 2 goals in 2 at the moment. But the thing that annoys me the most is that: he’s the tallest striker for us who was playing and doesn’t put himself in the box. Phillipe and Roberto have quick feet, but origi doesn’t. That’s why he should stay in the box and not to lurk outside it.

What a match. He was absolutely brilliant today! A brilliant finish as well to put us level with Bournemouth, and controlled the game really well. With Coutinho coming off, that created a big impact for the Reds. Also a big congratulations to Phillipe Coutinho for being the Top Brazilian goal scorer in the Premier Leauge on par with Juninho.